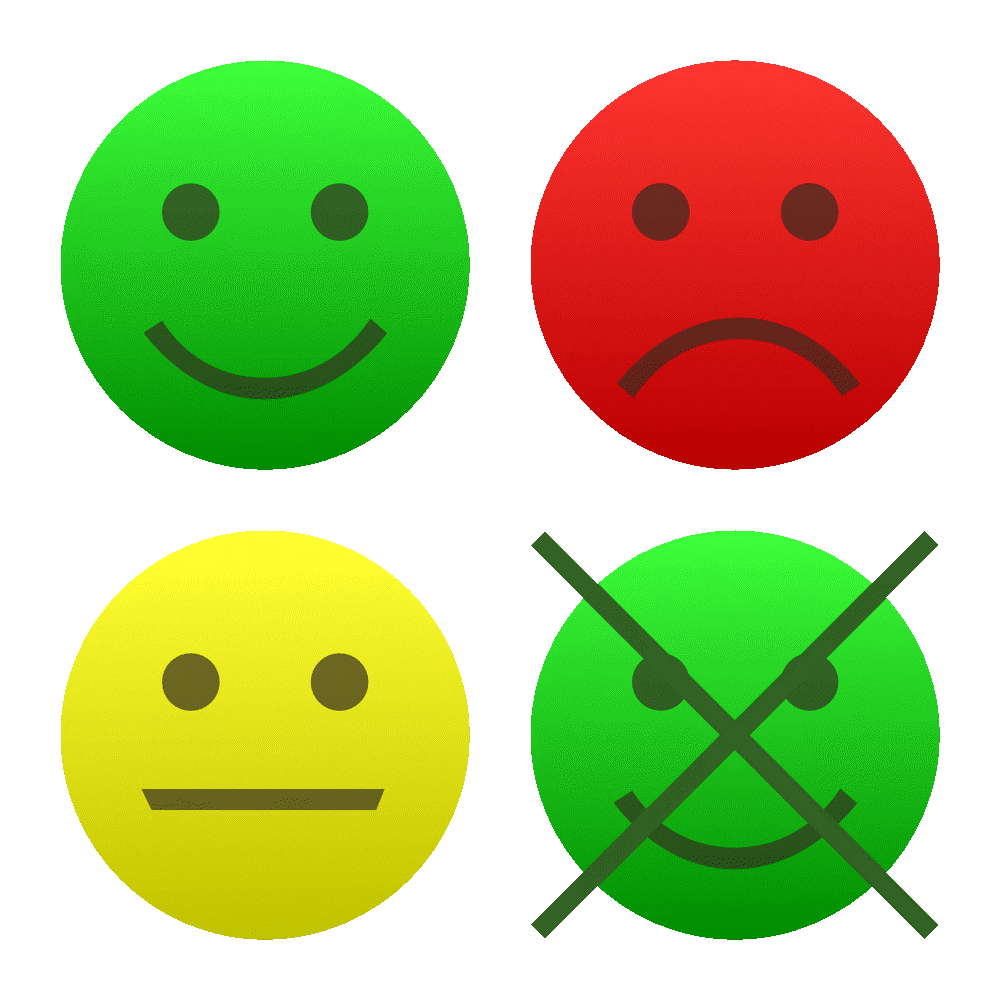 Since 1999 Visual Rx has been used to create smiley face plots to visually communicate the risks and benefits of treatments. This is very much in keeping with the following NICE guidance on cardiovascular risk assessment and lipid modification:

“People should be offered information about their absolute risk of CVD and about the absolute benefits and harms of an intervention over a 10-year period. This information should be in a form that:

The essence of the Cates Plot is the use of 4 face categories to visually indicate the following:

The concept used in Visual Rx of using pooled Odds Ratios or Relative Risks with the associated confidence interval to calculate an absolute effect of treatment for particular baseline risks have been adopted in the Summary of Findings (SoF)  tables in Cochrane reviews, but the tables do not yet contain a visual display, such as the Cates Plot. Theses SoF Tables compare the risks of an event in 100 or 1000 patients who receive treatment with the same number who are not treated. Visual Rx originally produced a 100 face Cates Plot, but it will now offer a display of 1000 faces to help those dealing with rarer events.

A worked example of how a Cates plot is calculated from the Statin calculator for Diabetics with and without a history of occlusive vascular disease is shown here. The data source for the benefit of statins is here.

Another Cates plots is explained using the data from the 2015 update of the Cochrane review on antibiotics for children with acute otitis media (linked here). There are also further examples in the Topic list on the website.

We hope that the concept will continue to prove useful in explaining risks and benefits in absolute terms (i.e. the number that benefit, or are harmed out of 100 or 1000 treated). Note that it is important to include a timescale for the risk (10 years in the case of the CVS risks), as this will alter the numbers who benefit or suffer harm.

The smiley face diagram made its first appearance in the BMJ in an article communicating risk (Edwards Adrian, Elwyn Glyn, Mulley Al. Explaining risks: turning numerical data into meaningful pictures BMJ 2002; 324 :82). Since then we have changed the colours of the faces to red, yellow and green as red and purple were not easy to distinguish for those who are colour blind, and it seemed that traffic light colours might be more familiar to users. In Visual Rx version 4, we have also modified the yellow faces in the Cates plots to have a straight mouth to help those who cannot distinguish the colours or for use with black and white printers.

Visual Rx has been used to produce book illustrations (for example Evidence Based Rheumatology) and Cates plots in Cochrane Airways Group reviews. The Legacy Website of the National Prescribing Centre also contains a collection of Patient Decision Aids that feature Cates plots prominently. There is also an interesting article on communicating risk by David Spiegelhalter in the Annals of Family Medicine in which he refers to Visual Rx as one of the ways of trying to make risks accessible to patients. He now has a fascinating web site on the same topic.

With an increasing number of publishers and individuals reproducing the images we feel it necessary to start referring to them consistently, and so we now refer to them as Cates Plots!