A BMJ review in 2001 sought to persuade us that there is little to choose between antiplatelet treatment and anticoagulation in atrial fibrillation except cost. (1) Rather different conclusions were drawn from analysis of a systematic review of a very similar data set published on the Cochrane library in the same year. In the latter case the reviewers concluded that ‘the evidence strongly supports warfarin in AF for patients at average or greater risk of stroke, although clearly there is a risk of haemorrhage. Although not definitively supported by the evidence, aspirin may prove to be useful for stroke prevention in sub-groups with a low risk of stroke, with less risk of haemorrhage than with warfarin.’ (2)
In these reviews it has not been possible to prove beyond reasonable doubt that aspirin is more efficacious than placebo or that aspirin is less efficacious than anticoagulation. The disadvantage of using a 5% significance level to decide if we can be sure about results was highlighted earlier this year in the BMJ (3). Non-significant trends are open to subjective interpretation when results are handled dichotomously in this way. Moreover whilst aspirin is certainly more convenient than anticoagulation, the cost argument employed by Taylor et al is flawed as the costs of caring for stroke sufferers (or those with major bleeds) has not been considered (4).

The directions of the differences found in trials randomising patients to warfarin or aspirin are the same as those found in the placebo-controlled trials. If non-fatal strokes are compared to major bleeds the pooled odds ratios are almost reciprocal from the meta-analysis of the head to head trials. In practice therefore the trade off for an individual patient depends on their assessed risk of having a stroke or a major bleed. In the majority of trials included non-fatal strokes are more than twice as common as bleeds, and therefore since both outcomes are rare the odds ratio behaves like a risk ratio. This means that in comparison with antiplatelet treatment, if 100 such patients are given anticoagulation for three years, roughly two non-fatal strokes will be prevented and one extra major bleed will occur. This is illustrated in the two Cates plots calculated using Visual Rx (version 4) and the point estimates for non fatal stroke and major bleed from Table 3 in the BMJ review with event rates of 7% for stroke and 2% for bleeds over 3 years with aspirin treatment.

In practice therefore the decision to prescribe anticoagulation or antiplatelet treatment needs to be individually assessed and discussed with each patient. Some may well choose aspirin, but this needs to be on the basis of the risks that they face of having a stroke or bleeding, not on whether the pooled results of a meta-analysis reach 5% significance.

Figure 1: Cates plot for warfarin versus aspirin in AF – impact on stroke over 3 years 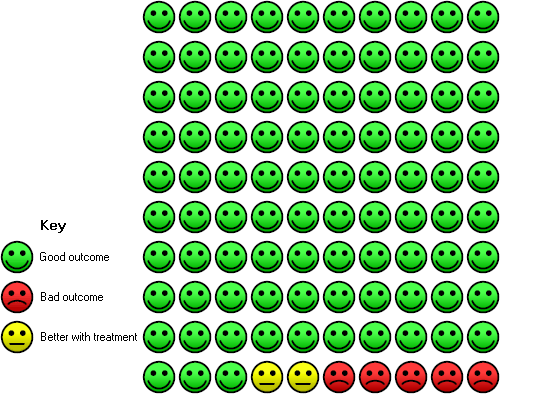 Figure 2: Cates plot for warfarin versus aspirin in AF – impact on bleeding over 3 years 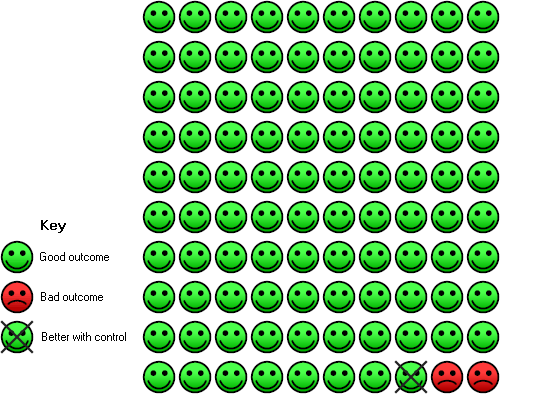